The Road to the First International Title Begins Here

Assemble your team and get ready to join the ultimate battle, Agent, as we take you along a journey that promises great gunplays and exciting esports action on a regional and international scale, leading up to the first VALORANT championship title in the world. 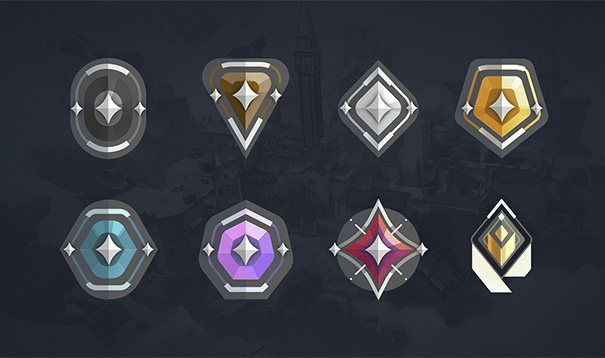 A Tournament Open to All Ranks

Strike Arabia will test mettle and challenge limits in an arena open to both ambitious newcomers and battle-hardened veterans. All you need to bring is a team of skilled shooters. 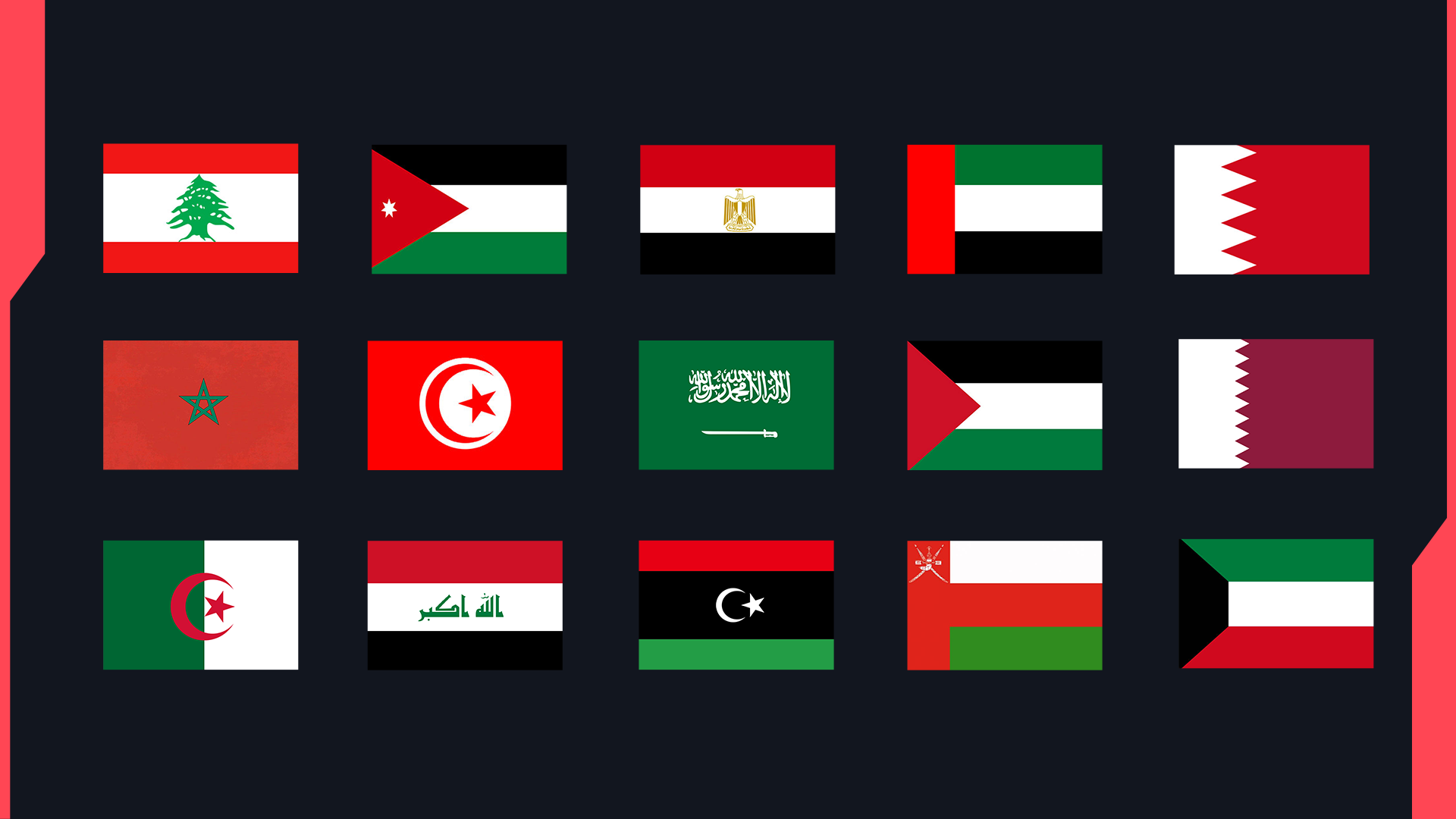 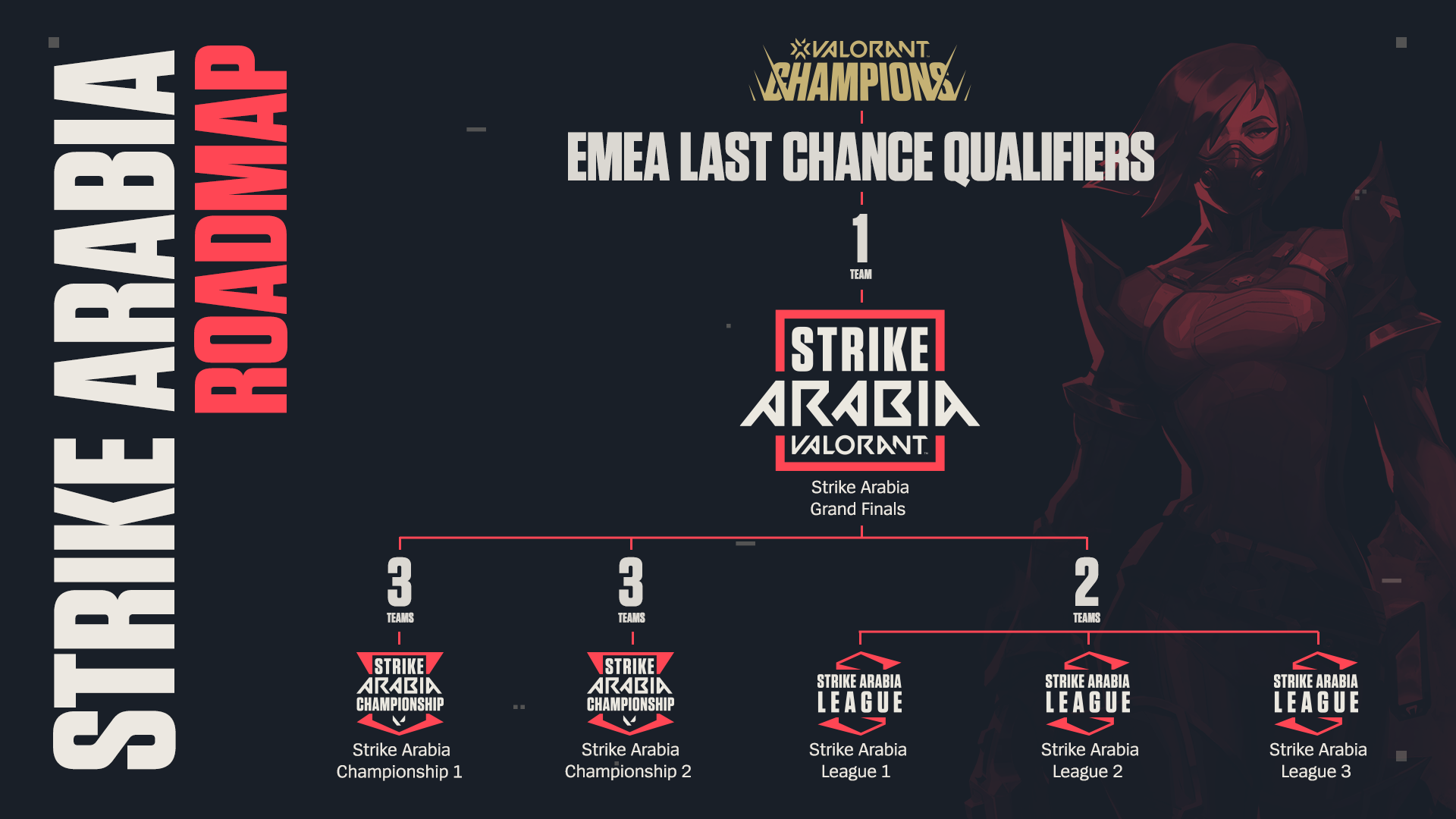 Strike Arabia is an extension of the VALORANT Champions Tour, and will enable the one victorious team in the Strike Arabia Grand Finals to qualify to the EMEA Last Chance Qualifiers, which in turn pave the way to the VCT. 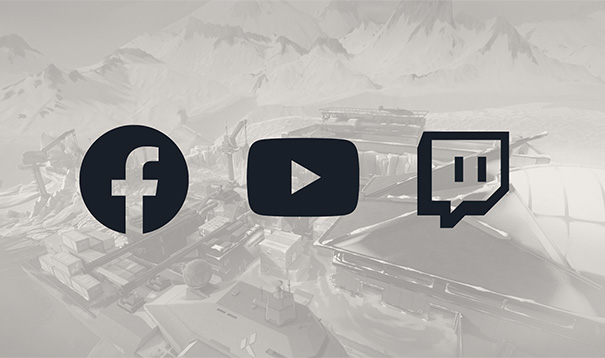 We will bring you the heat and the excitement to your homes for the duration of the tournament, across Twitch, YouTube and Facebook. The only question is - who will you root for? 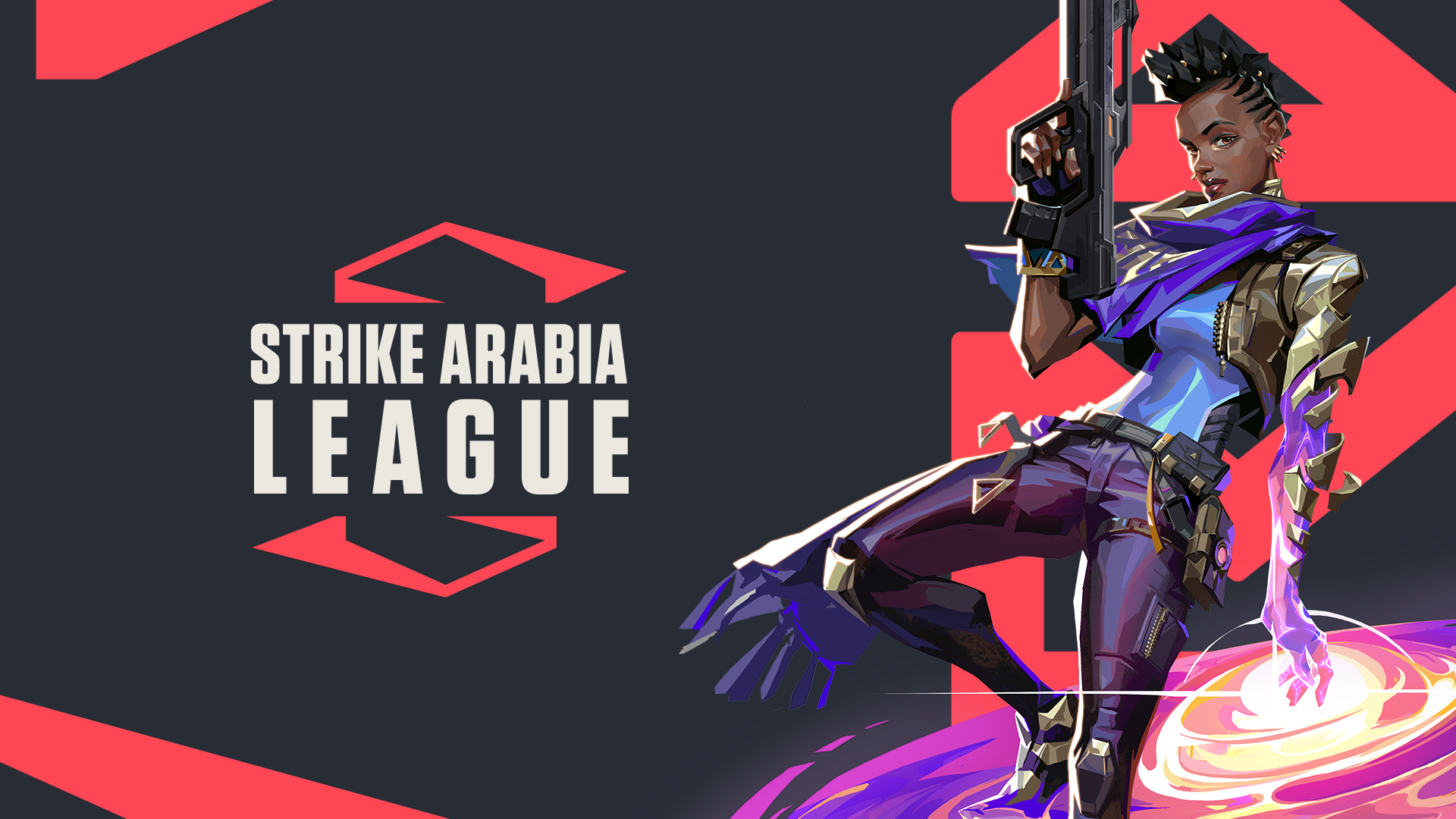 Two sub-regions, fifteen countries and three seasons of epic showdowns where the two teams that have collected the highest number of points on the Leaderboard will qualify to the EMEA Last Chance Qualifiers.

We will hold two seasons of the Strike Arabia Championship in March+April and June+July across three sub-regions (GCC & Iraq, Levant & Egypt, and North Africa). One team will qualify from each sub-region per season, for a total of 6 teams that will join us in the Strike Arabia Grand Finals.

Strike Arabia League will be held three times across two sub-regions (GCC & Iraq, and Levant & North Africa), and will introduce a points system that will qualify 2 teams at the end of the third season to the Strike Arabia Grand Finals, where they will join their adversaries from the Strike Arabia Championship.

The EMEA Last Chance Qualifiers will be held on a European stage that will showcase the best talents from Europe, the Middle East and North Africa. Between 14 and 17 October, teams will have to overcome the final hurdle and prove their worthy of joining the VALORANT Champions Tour.

VALORANT Champions is going to be the final stage of the journery held in December, featuring the best teams of the year who have proven their worth and battled their way through regional tournaments and qualifiers to secure their spot on the global stage.